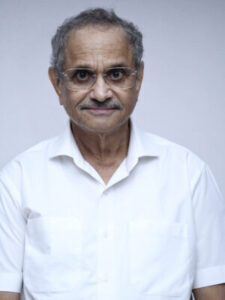 Our Founder, Mr Suresh Bhatwadekar epitomized the dauntless entrepreneurial spirit of a visionary always on the march to bring change in humanity. Very early in 1978 he identified the need of a dominating disinfectant for hospitals, especially government hospitals in Mumbai. With his dynamic, pioneering and innovative genius, and sterling qualities he researched about the application of Benzalkonium Chloride as a surface disinfectant until then which was primarily used as a preservative. His success story fired the imagination of a generation of Indian entrepreneurs, business leaders and progressive companies. For many, he still remains an icon, a role model to be emulated. He aspired to make it available in every industry and hence the establishment of Sirmaxo Chemicals.

In 1978, with his genius creation he registered an partnership firm with his mother Mrs Susheela Bhatwadekar. Mr Suresh’s unique vision redefined the potential of the Indian infection control sector and he challenged conventional wisdom in several areas. He was probably the first Indian businessman to recognize the strategic significance of infection control products and discover the vast untapped potential of the this markets and channelize it for the growth and development of industry. He developed the stable product named ‘Saniquad P’, still used in Government hospitals for more than 40 years now. The product was a hit and Sirmaxo began to make its presence felt.

The business philosophy he followed was short, simple and succinct: “Think big, differently, fast and ahead” It was under Suresh’s visionary leadership the Sirmaxo emerged as the largest supplier of Infection Control products in India, and carved out a distinct place for itself in the global pantheon of corporate giants. During the course of his entrepreneurial mission, Mr. Suresh set a number of revolutionary precedents. His contributions to the social development were many and recognized by numerous national and international organizations.